One of the key themes of Pixar's latest animated film, Ratatouille, is not settling for junk food—literally. The hero, a rat named Remy, is always telling his brother to eschew eating any random garbage he finds in favor of working to find something more flavorful, and ultimately, satisfying. At the same time, the evil chef, Skinner, is conspiring to turn now-deceased master chef Auguste Gusteau's image into a mascot for cheaply made frozen cuisine, a plot that the heroes of the film have to thwart. So it's a bit disappointing and slightly ironic that the video game based on the film has more in common with the cheap junk food the film decries than any well-prepared, savory dish. This is especially true of the Xbox 360 version of Ratatouille, which not only is about as satisfying as a lukewarm microwaveable burrito, but also feels as though someone at the factory ate about half of it before shoving it into its packaging and sending it off to stores. It, like other recent films based on computer-animated flicks, is a simple, kid-friendly platformer that loosely ties into the plot of the film, but unlike many of these other recent platformers (and even other console versions of this very game), Ratatouille goes beyond merely being middling kid-friendly entertainment into being a sloppy and periodically frustrating mess. Ratatouille on the Xbox 360 would just be another middling platformer if it weren't so busted in a few key areas.

Both the film and the game tell the story of Remy, a rat living in France who dreams of becoming a master chef—a dream that doesn't quite jibe with the others in his rat colony, especially his father. Unlike all the other rats, Remy won't eat just any piece of garbage lying around, he pines for more unique and expansive flavors, and actually has the crazy idea to try preparing his food with herbs and spices. So it is with great fortune that circumstance brings Remy to Paris and the doorstep of the restaurant once owned by his favorite TV chef, Gusteau. From here, the film launches into a brilliantly funny plot about Remy and a hapless garbage boy, Linguini, teaming up to create a master chef tandem. The game addresses a few of the key points from the movie, but for the most part, it skips over any potential spoilers and keeps its focus on missions involving Remy and his rat-colony buddies stealing food from various Paris locations. Oddly enough, there's very little cooking going on in the Xbox 360 version of the game, with almost all the focus being on the platforming gameplay.

Missions are standard platforming fodder. You jump and swing around various boxes, platforms, tightropes, ledges, and other pieces of the environment to get to areas that hold specific items, bring them back to other characters, or use them on other specific objects to unlock the next objective. Occasionally these missions are broken up by a chase sequence. Chase bits have you running from one of the human characters as they stumble around, trying to snatch you up. These might be amusing distractions, except that you'll often run into pieces of the scenery that aren't easily traversable, even though they appear to be. You end up with a lot of trial and error as you try to find the right path again and again. It doesn't help that some of these sequences feature inconspicuous instant-kill spots.

While a few areas of the game have a spot of originality to them, much of Ratatouille is pure formula. The mission designs are repetitive, and the controls are theoretically designed for such ease of use that you'd expect the game to practically play itself. That's just in theory, mind you. In actuality, Ratatouille's controls are anything but easy. The game uses the same mechanic that allows you to essentially glue yourself to narrow ledges and tightropes that the other console versions of the game use, but its reliability is suspect. Often you'll hit the button as you think you're right above a platform or tightrope, and end up plummeting to your death anyway. The only explanation seems to be that the game is quite picky about where you are when you hit the button, but it's tough to gauge where that is because the camera is such a gigantic pain. It often won't let you frame shots properly (it will frequently get hung up on set pieces and walls), so you're left to guesstimate if you've reached the proper distance to make the jump.

That's not the only aspect of Ratatouille that feels sloppy. You'll run into semifrequent instances of characters clipping through pieces of the environment. It's especially bad when Remy is trying to stand on something and ends up clipping right through it or bouncing off some invisible wall. Occasionally Remy will even get stuck in things he clips through, forcing you to restart the mission. There's even a control mechanic that seems to do absolutely nothing. In the other console versions, Remy can use his refined sense of smell to detect where he goes next (denoted by a bright blue scent trail showing you where to go). In the 360 version, Remy will start sniffing air, and then nothing happens. No scent trail, no anything. It appears to be a completely nonfunctioning feature.

None of this even speaks to the mission designs, which can get quite irritating, especially at later stages of the game. Nothing says "game for kids" like 10-minute-long combinations of multiple mission goals that all have to be completed in one sitting, without falling off anything and dying, lest you have to start the whole thing over again. Or how about areas that combine slippery ice surfaces, blowing fans, tightrope walking, and irritable enemy crabs all into one infuriating experience? It's as if nobody involved in the making of this game actually had it play-tested for the target audience, because it's hard to envision anyone, young or old, suffering through some of these missions without just giving up after a short while.

Assuming you're a masochist and willing to deal with this nonsense, you'll bust through the story mode in an afternoon. Once you're done, there's a series of unlockable minigames to play with. Some of these are single-player-only versions of the chase missions from the story, but most of them are multiplayer affairs that have you racing, collecting, and smashing things in a variety of arenas. Unfortunately, these games are almost universally lame. There are a few mildly amusing distractions here and there, but many of them are so stump-dumb or broken-feeling that winning feels less earned and more based on pure luck. Even when they're not broken, they're still not much fun.

The minigame selection is rather pathetic.

There's not a great deal to please the eyes or ears in Ratatouille. Voice acting is about the best thing the audio has going for it, including some solid performances by actors from the film like Patton Oswalt and Brian Dennehy. Unfortunately, there's not a whole lot of it, and very little of the dialogue is anywhere near as clever or amusing as what the film offers, and what is there tends to overlap itself, turning the dialogue into a cacophonous mess at times. Graphically, the game displays a few nice touches. The environments seem appropriately large, and some of the animations, especially those of Linguini as he hacks together various dishes, are mildly amusing. But everything else in the game looks bland. Remy's movements are stiff, most of the human movements are even stiffer, and environmental detail is minimal. Also, if you happen to be playing the game on an HDTV, the only real difference you'll notice is that lighting is slightly better, and the fur on the various rats is more detailed. Otherwise, this might as well be an original Xbox game.

There is no version of Ratatouille that is worth wholeheartedly recommending, but the Xbox 360 version is most definitely the one to be most actively avoided. It's just as uninspired as its other console counterparts, and it has the added demerit of feeling unfinished in several spots. It's too frustrating for kids and too brain-dead for adults, making it appealing to no one. 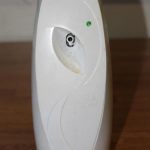 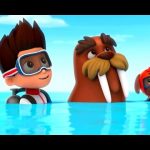 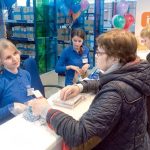 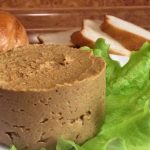